This week I have been making salt-dough pots with the key-worker children. While we were making them, one of the children said that the salt-dough was like biscuit dough. It is similar, but of course we can’t eat salt-dough- it would taste horrid with all the salt in it! It did make me want to make some biscuits though, so when I got home, that’s what I did. I decided to make Cherry and Oat Cookies, as the recipe is easy, and the cookies are very tasty. Here is the recipe I used: 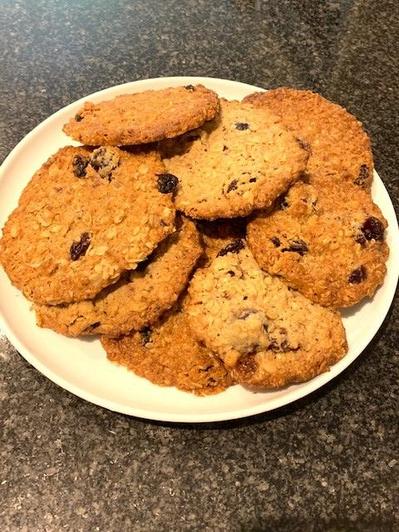 I like to make up a double batch of the mixture. I only bake a small amount of the mixture and store the rest of the uncooked mixture in the fridge. Before I store the mixture, I put it in some Clingfilm, and wrap it tightly to make a sausage shape. When I want freshly cooked cookies, I slice the sausage shape into however many cookies I want to bake. I can just place the cut mixture straight onto the lined baking sheet and bake them. Easy freshly baked cookies! You can also freeze the mixture if you want to. Remember to defrost it first. Sometimes I put slightly less cherries in and add raisins or chocolate pieces. Delicious!

Where has this week gone! I am trying to think about what I've been up to but it only seems like yesterday since I was last adding in text and pictures!

I have had a new shelving unit delivered for me to put some of my plants on, outside my back door. I ordered it quite a while ago and it finally arrived at the weekend, so I was rather excited when it came. It was a bit fiddly to put together but I managed to follow the instructions correctly. I have put some herbs on it and now need to plant up some geraniums into bigger pots, to also put on. I'm hoping to have a nice colourful display to look at, whilst also having some fresh herbs to hand, to use in our cooking. We're a little bit disappointed with some of the herbs, as we had ordered mint seeds. Now that they've grown, we've discovered they are not mint but parsley! We have checked the seed packet and it is definitely mint seeds that we ordered! We had a little giggle about that.

I have also planted some geraniums into old chimney pots, which are starting to flower and in other pots, I have some agapanthus plants. They are the tall, thin plants that you can see in the photograph. What colour do you think they will be when they flower? I will take a picture of them, once they have flowered, to show you and see if you were right. 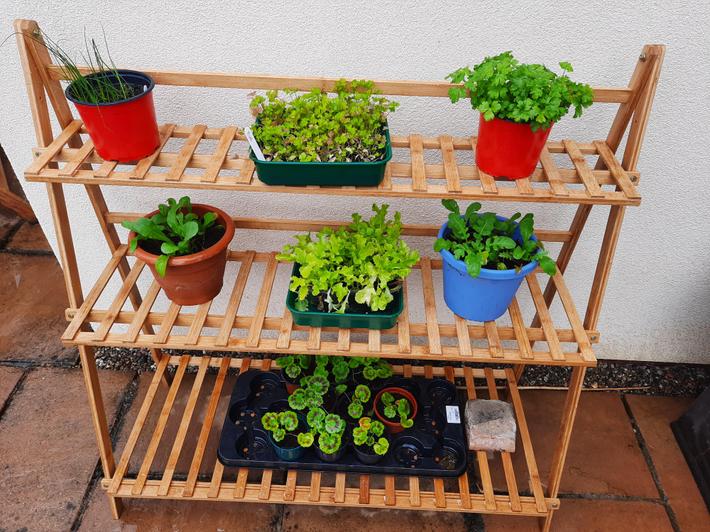 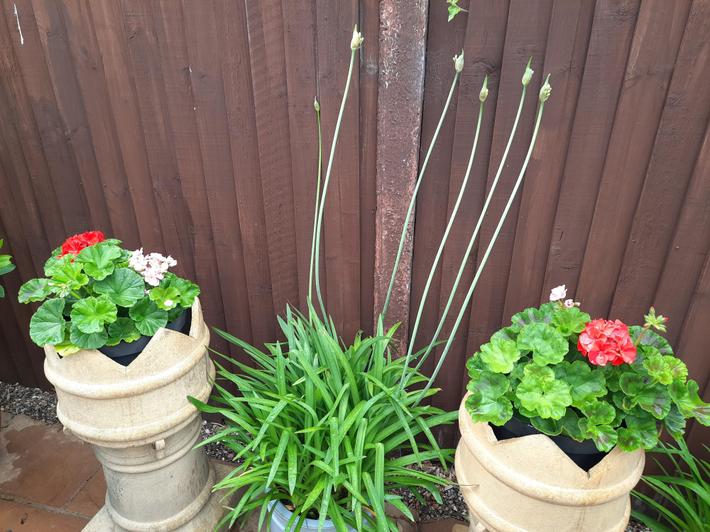 This week in English we are looking at the book Six Dinner Sid by Inga Moore. As the mischievous Sid is somebody's pet (well, lots of people's pet!), I thought I'd tell you a bit about our pet guinea pig. His name is Peanut and he belongs to my youngest daughter. We've had him for nearly 2 years now. He was very shy and not very sociable when we first got him, but now he loves to come out of his hutch and spend time with us. He likes to eat spinach, kale, cabbage and carrots but he loves apples! He only has apple as a treat though as too much of it isn't good for his teeth. We try and get him out of his hutch and into his pen once a day as he likes to run around and eat the grass. He likes having his hair brushed and enjoys lots of cuddles too. 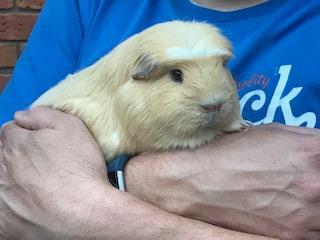 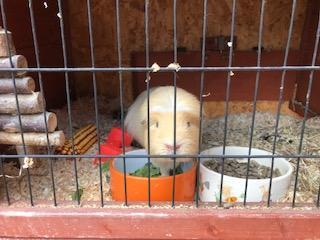