How fantastic to host our first Sports Day with spectators since 2019! We were so grateful to have an audience for our Sports Day this year. The children competed for their house team, Ruby, Sapphire, Emerald or Amber, earning points towards their total. We were so proud of all the children and their positive team spirit. We also enjoyed watching the parents compete in egg and spoon races too! Congratulations to the Amber house, who were the winning house in both KS1 and KS2. 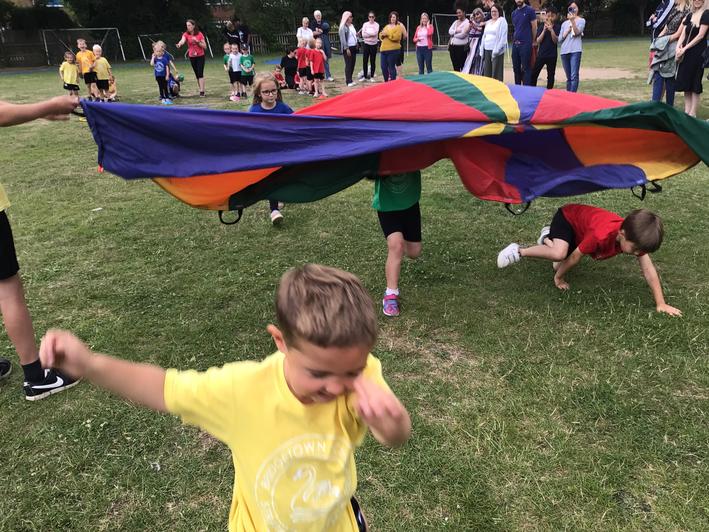 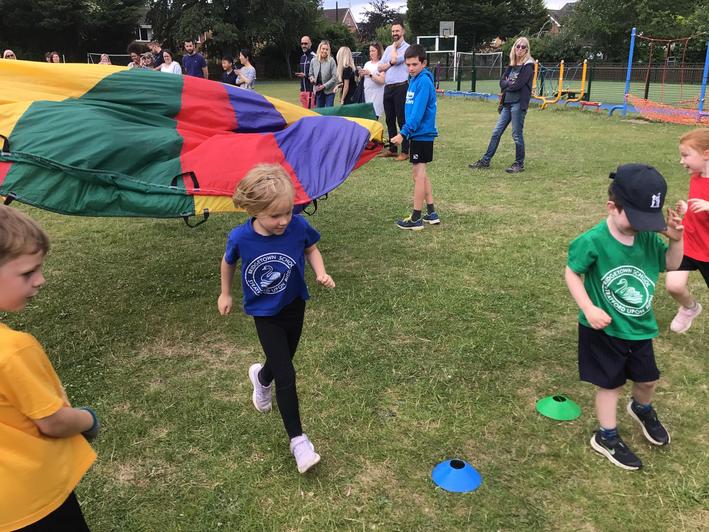 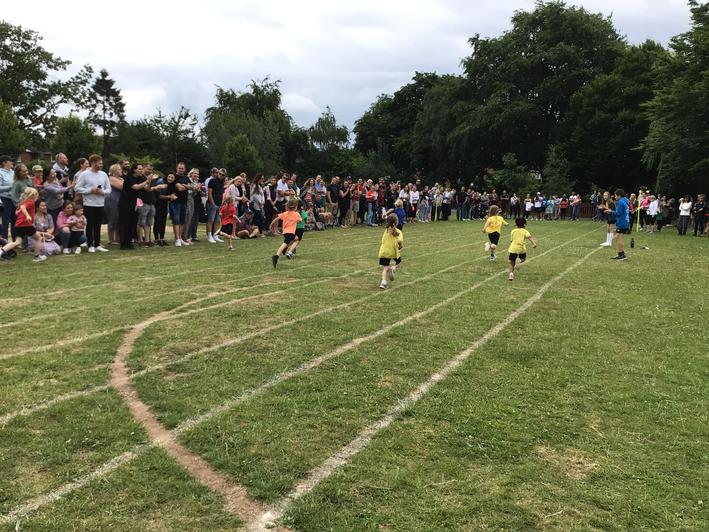 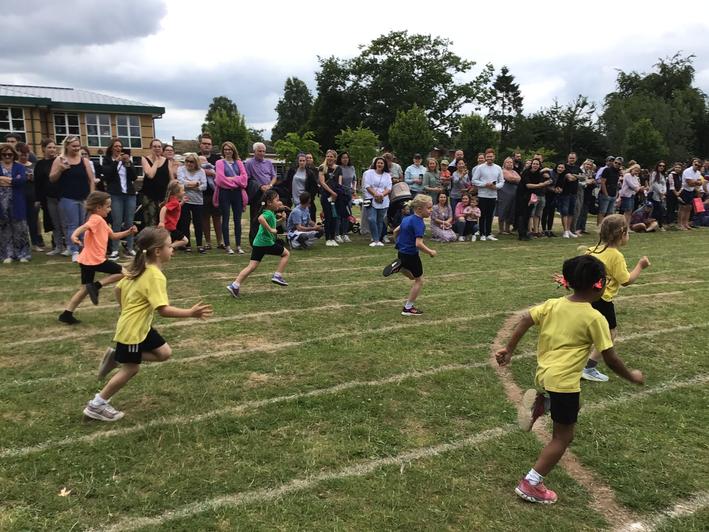 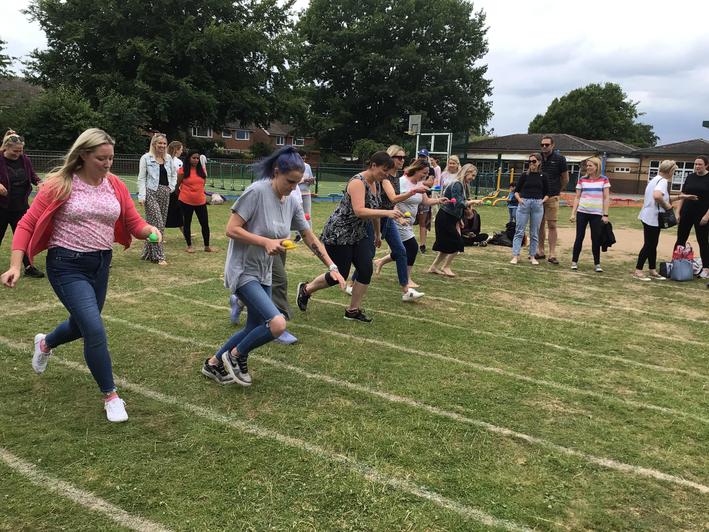 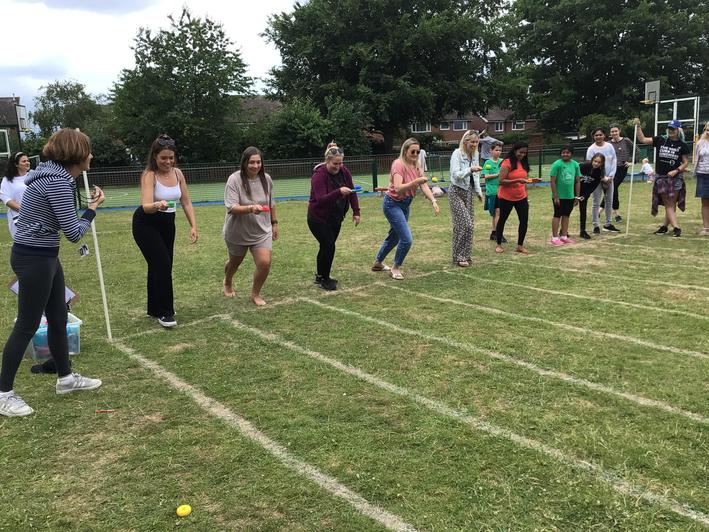 On Tuesday afternoon (21st of June),  girls in Year 4 and Year 5 took part in the girls' football tournament, to celebrate the Women's Euros being held in England this summer. It was a great afternoon and all the girls played brilliantly!  The teams had to play 3 and 4 games respectively which was no mean feat in the blazing sunshine.  It was fantastic to see the enthusiasm of the girls, and the great team work throughout all the matches.  Both teams did us proud, and a special congratulations to the Year 4 team, who won all their matches and are now through to the School Games County Finals in Coventry!  Many thanks also to all the parents that came to support the event. 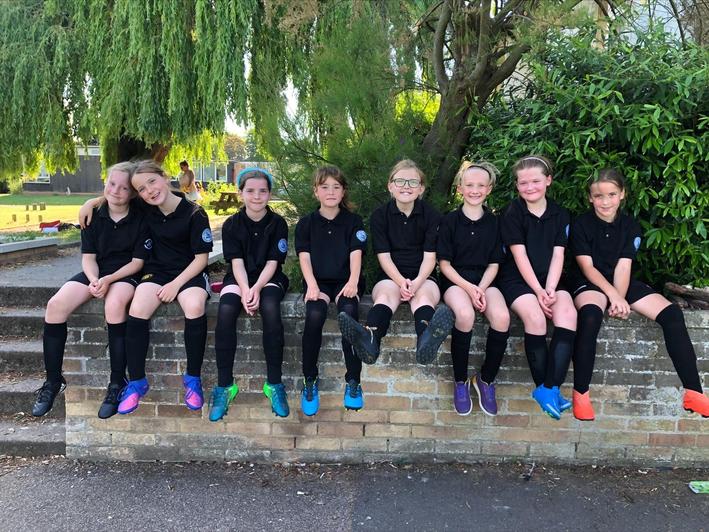 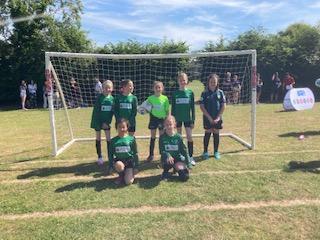 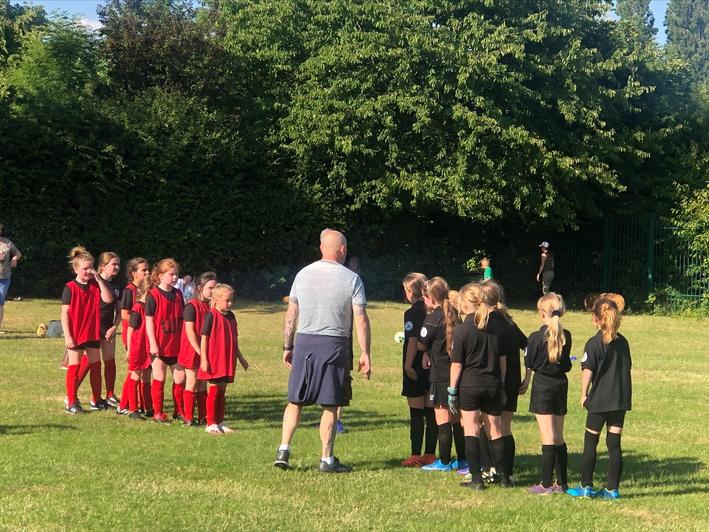 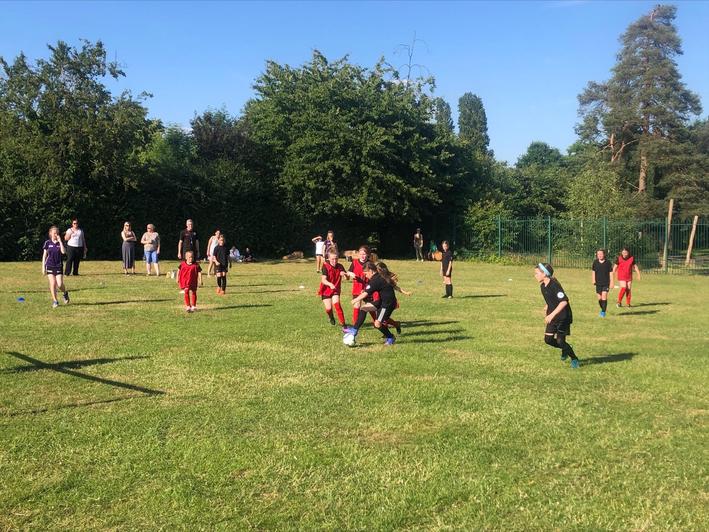 On Tuesday 21st June,  the children were invited to Stratford Tennis club for a free taster session. They had great fun learning ABC: Agility, Balance and Coordination. They learned how to control a ball, use a racket and had a mini game with a partner. They were all engaged, well behaved and polite. They also received an extra free session invite to take home. Well done Kingfishers and Swallows for a great morning out! 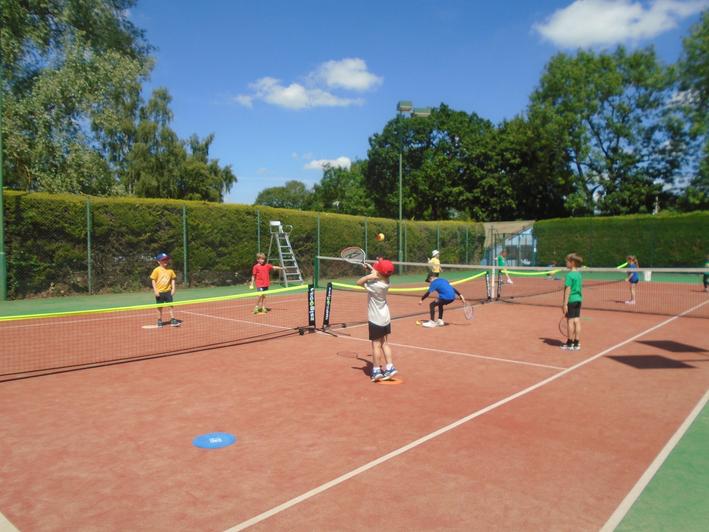 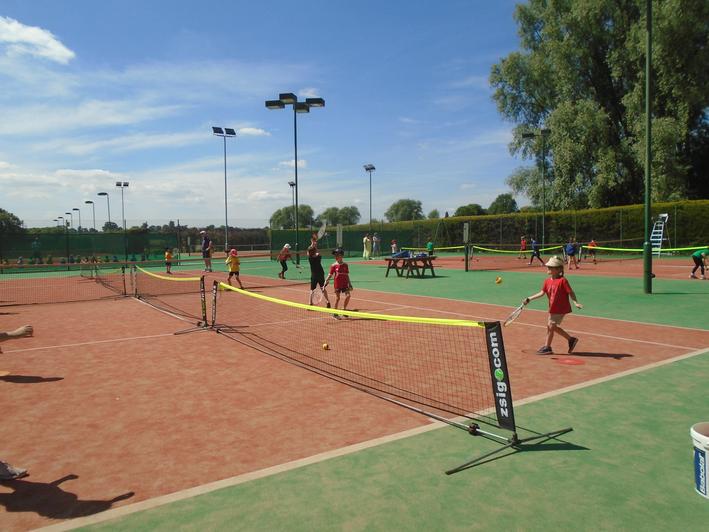 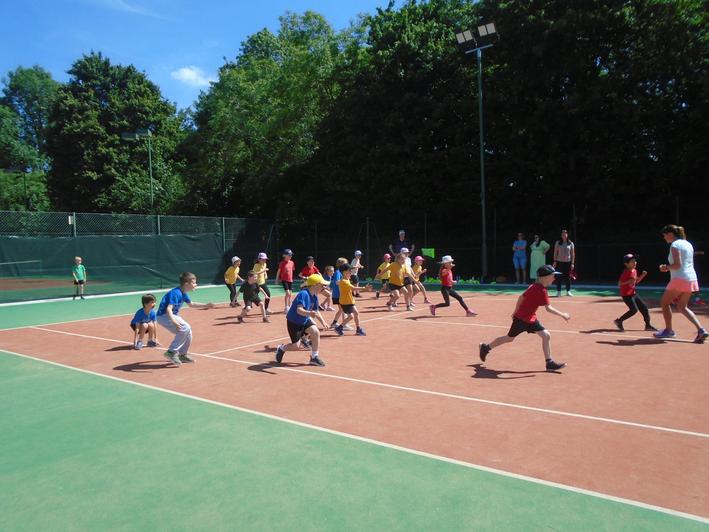 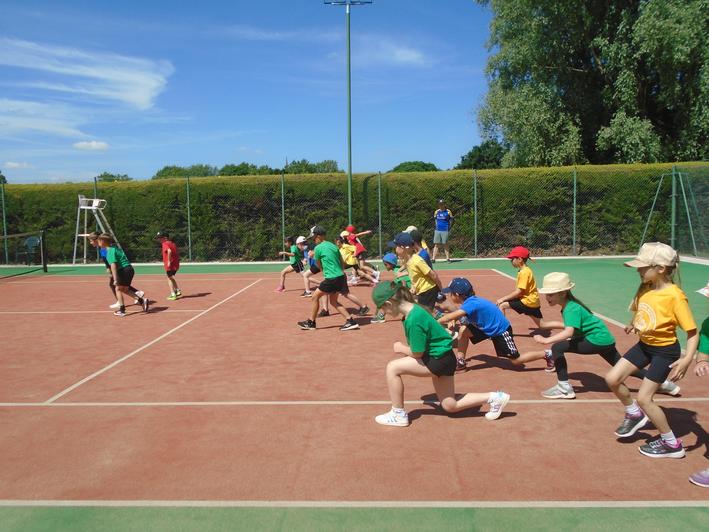 What an amazing morning we had with Darren Harris, the blind footballer who came to our school to inspire us to be more active.  The children first spent time in the hall with him, completing a variety of activities.  Darren then held a KS1 and KS2 assembly to share with us his story of his sporting achievements.  He challenged children and staff to wear a blindfold and experience the challenges faced with trying to dribble a ball to another player, something he makes looks so very easy!

After a long wait and a lot of training, the girls football team were finally able to put their practice into action!  The team played Bishopton (31.03.22) at home and although they lost 2-4, they worked hard as a team and learnt a lot about the game and teamwork.  They are already looking forward to continuing their training and playing more matches.

We were very lucky to be able to host the year 12 girls from Shottery on Wednesday afternoon (09.03.2022).  The 9 girls all had prepared different drills and activities and our Year 6's thoroughly enjoyed the lesson!

We are very proud of all the children that took part in the Cluster Cross Country at the rec in Stratford this very wet Wednesday afternoon. The children were so excited and the wet weather only added an extra element of challenge. It was fantastic to see the great sportsmanship, as all participants were cheering and encouraging each other.  A very well done to Martha, Katherine, Ava, Eva, Daisy, Lilly, Daniel, Jovun, Adam, Toby, George and Noah!

We are delighted that 10 children from Bridgetown have now been shortlisted to represent Stratford in Rugby, 12 March.  Watch this space!

A group of Year 6's took part in a hockey workshop and games on Friday 15 October. They had a wonderful time learning new skills and tricks which they later put in practice playing the games.  They played brilliantly and came 4th out of 12 schools.  A very well done to  Jack Rosenthal, Jack Rossiter, Clemmie, Rhys, Ava, Ellie, Joe and Boran!

On Wednesday (6 October), ten Year 6 girls went to the Cricket festival in Stratford.  After a brilliant workshop with Josh, they played a match against Bishopton.  The girls were fantastic and although it was a very close game, the Bridgetown girls won!  Very well done to Ellie-Mae, Eva, Minke, Amitola, Niamh, Tierney, Daisy, Scarlet, Erica and Lena.  We are looking forward to many more sporting opportunities!

Our Year 6 football team travelled over to Thomas Jolyffe Primary on Thursday afternoon (7 Oct) for our second fixture of the season. The team played towards an emphatic victory, scoring 5 goals against our hosts while conceding none.

Our current year 6 contains 56 children. Below is a table of the number of children and their swimming outcomes within this year group.

In June 2019, we hosted our very first Bridgetown Cup! Eight of the Stratford schools were invited to participate in this football tournament: Bridgetown, Bishopton, St Gregory’s, Stratford Primary, The Willows, Thomas Jolyffe, Alveston and Shottery Primary. The quality of football was fantastic, with some very close games and a league table that could only be decided through goal difference (take a look below). However, despite such high levels of talent, it was our very own boys who were triumphant and, after a tough final, were able to lift the trophy. Well done Bridgetown on winning this very well-earned trophy. Hopefully it will be the start of many to come. 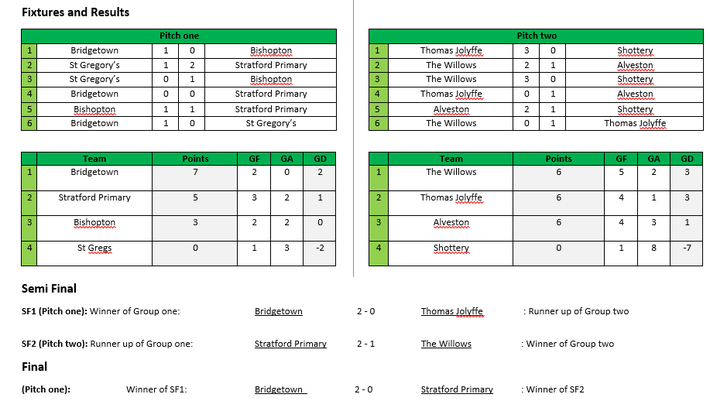 We were delighted to welcome Olympic athlete, Kristian Thomas, into school before half term. We were all extremely excited to join in with the whole school sponsored exercise circuit which 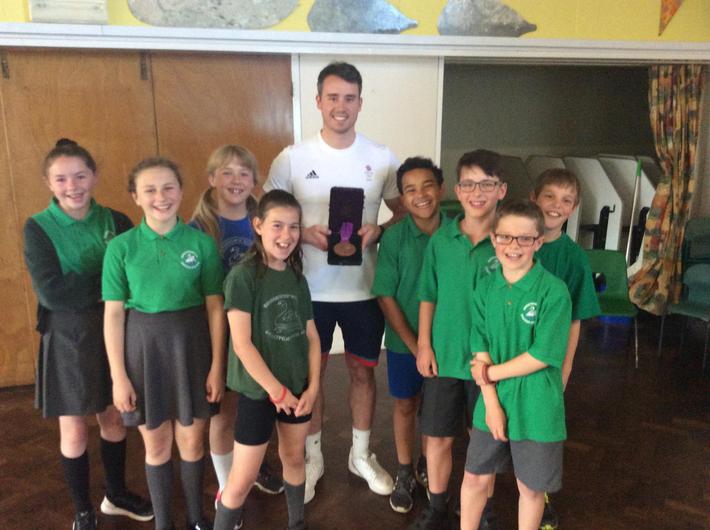 he led. Our House Captains supported the day, helping Kristian Thomas run the event for the children across school. They had the privilege of having a close up view of one of his medals! See the photo below. Later, we were astonished by his fascinating and inspirational story and demonstrations in assembly.

Thanks to the success of this event and your fantastic support, we have managed to raise a staggering  £2382.82 ! Keep your eye on this page to see how this money will be well-spent on some much-needed sports equipment to boost our PE in school.

We have had a fantastic start to our netball this year. We have had a mix of results, with two wins and one loss. Both of our wins, we won by A LOT of points. The team is very proud of what we have achieved already and we are sure we will win even more by the end of the year. 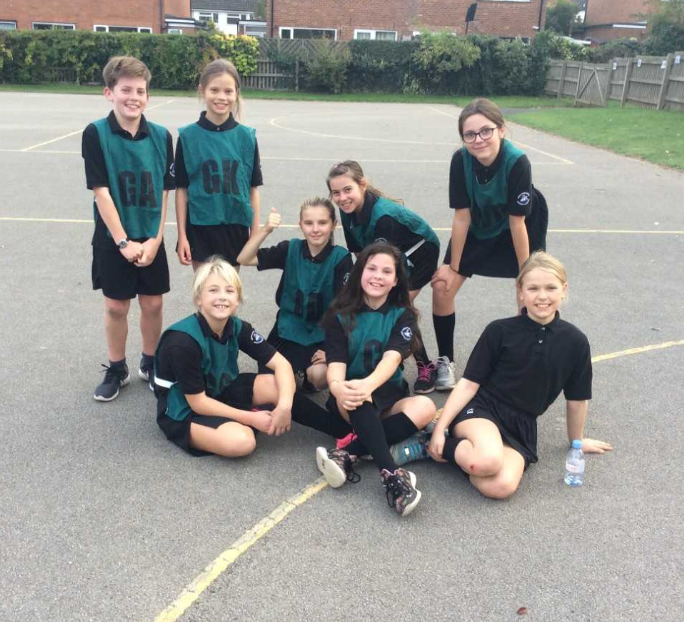 In netball at St Gregory's we unfortunately lost 2 - 0, but it was still an amazing game because we didn't give up! In the first half they scored 2 goals so in the second half we did better and didn't let them score any more. In our second match against Alveston we won 16 - 0 which is brilliant!!! In our first match we lost so we were even more determined to win this match, and we did. Our last match this term was against Thomas Jolyfe and once again we won! We were extremely thrilled about it as the scores were 20 - 3 and it was out best match yet. YAY! Everyone thought the matches were super fun and we never gave up.

They're at it again!

The boys have bagged their second win to begin an undefeated run for this football season. The game was close and looked destined to be a nil - nil draw, but an excellent team goal, which saw the ball passed between each player on the team before going in, resulted in a 1 - 0 victory for us. Well done boys!

Our very own fan who watched from Denim wrote about the game from his own viewpoint:

On the 4th of October, Bridgetown had a match against Thomas Jolyffe and like all the time Bridgetown won. It was 1-0. It was really an exciting match because everyone was kicking the ball everywhere! But suddenly the ball was dribbled into the Thomas Jolyffe box and the away team were crowding our players, trying to get the ball back. Then it was passed to Oliver who kicked it straight in the goal. Thomas Jolyffe didn’t score a goal which was sad for them but good for us. The man of the match  was Oliver for scoring that amazing goal. 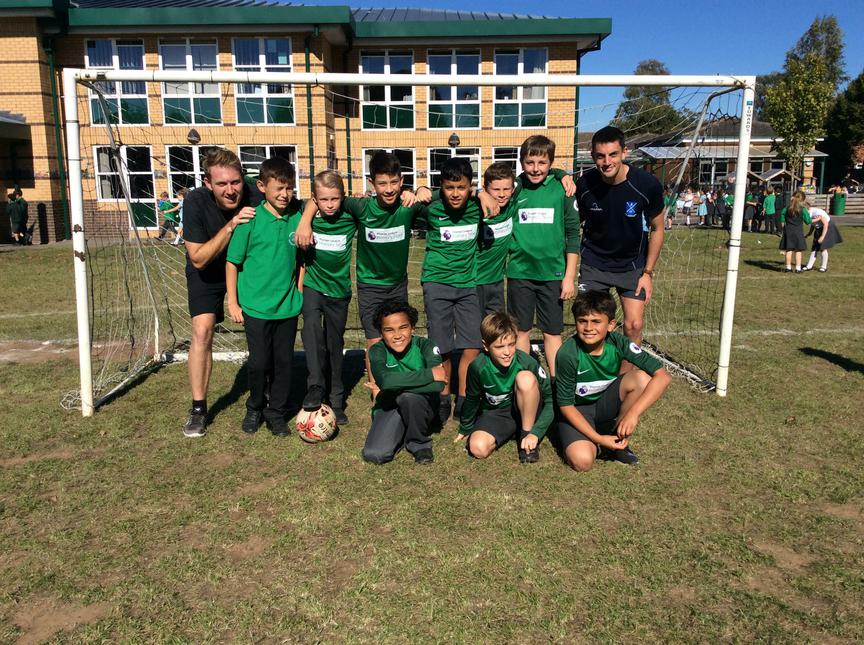 Well done to the Bridgetown boys football team who secured their first victory this week against The Willows. After a long, exciting and tiring match, the score was 1 - 1. One goal each and the game seemed destined to be a draw. However, a moment of magic saw a long range effort from our own half lob the Willows goal keeper, giving Bridgetown a 2 - 1 lead with seconds remaining. The boys were obviously excited and pumping with adrenaline, as less than a minute after the game was restarted, a third goal was put past the opposition defence. The final whistle blew and the boys had their first win. Top effort!

The game was filled with intelligent passing, team encouragement and great spirit, so no surprise really that Bridgetown pulled through. Thomas Jolyffe next week, can we keep this great team spirit up and maintain an undefeated run?

The Daily Mile is Here!

The children of Bridgetown Primary School have been taking part in an exciting new initiative over the first Autumn half-term.  The children and teachers have been taking 15 minutes a day to exercise and enjoy the fresh air by running, jogging or even walking at their own pace around our school field. Most children have been averaging a mile during these 15 minutes, with some doing more and some doing less. But the idea is that it has been non-competitive and rather than officially recording laps, the children have enjoyed challenging themselves, independently setting personal targets and most importantly, achieving the 15 minutes in a style which suits them. We have challenged Bridgetown to collectively run the distance of the Great Wall of China over the first half-term. That's 13,171 miles! Challenge accepted! 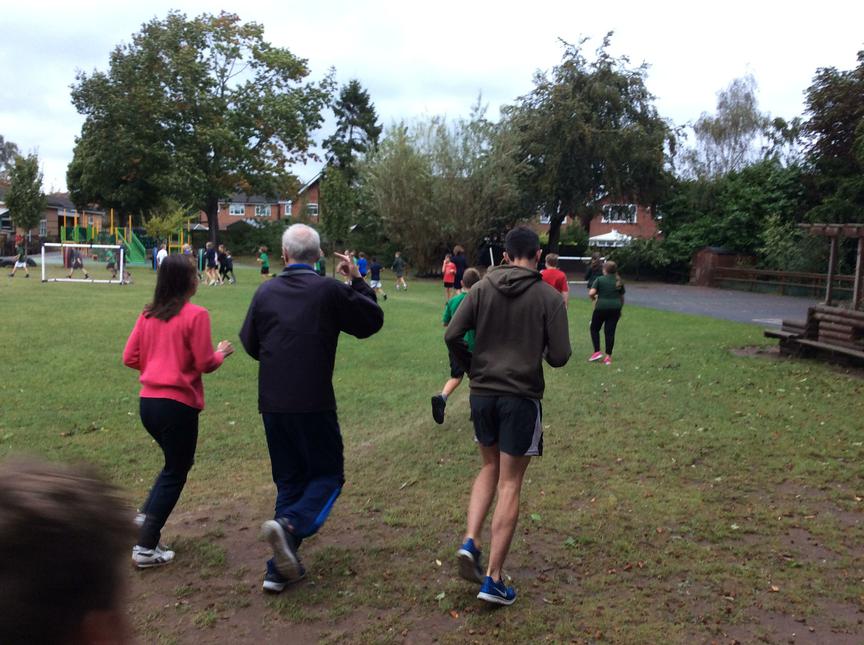 Why are we doing this?

As well of teaching the children the importance of daily exercise and how we can make that part of our daily routine, we believe that offering the children this chance to join in with daily exercise should be beneficial to their physical, social, emotional and mental health, and well-being. It can help children to focus and concentrate in the classroom and raise their attainment. But, of course, most importantly, the children really enjoy it!

As you can see, even the teachers are enjoying it! 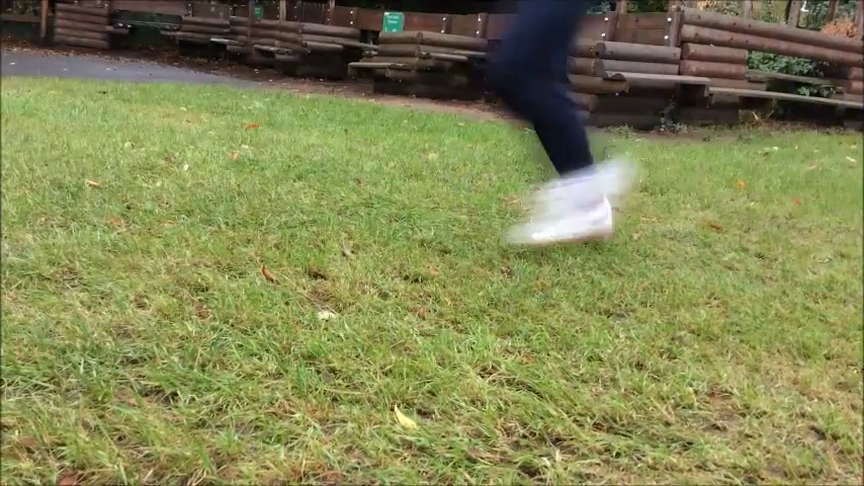 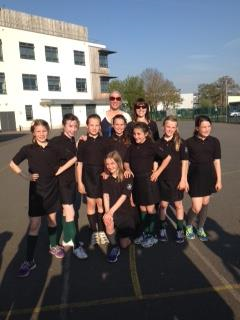 Well done to the Bridgetown netball team who came third in the 2015 Stratford-upon-Avon Schools' Competition.

Thanks to Miss Thijssen, Mrs Rees and Mrs Pinkerton for their coaching and support. 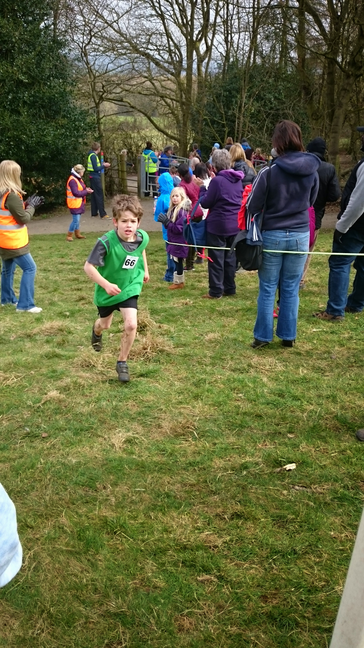 Two of our Year 6 pupils made it through

the heats to represent Bridgetown in the South Warwickshire Cross Country Team. We are hugely proud of Thomas' and Daniel's achievement and of their performance at the final, on what was a hilly and challenging course.