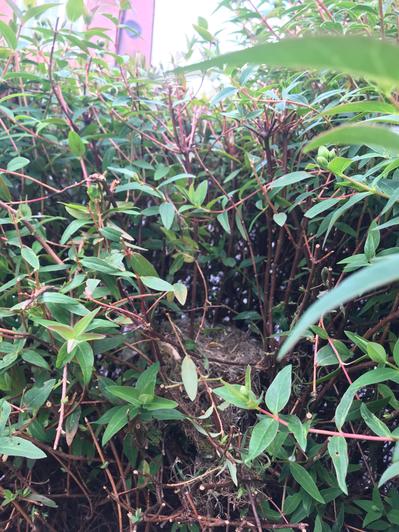 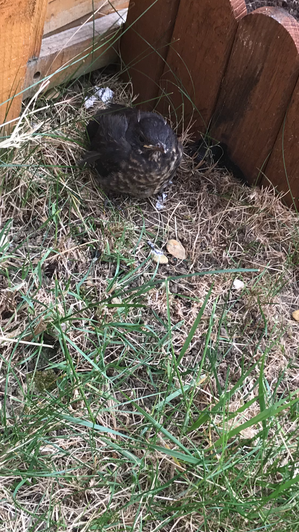 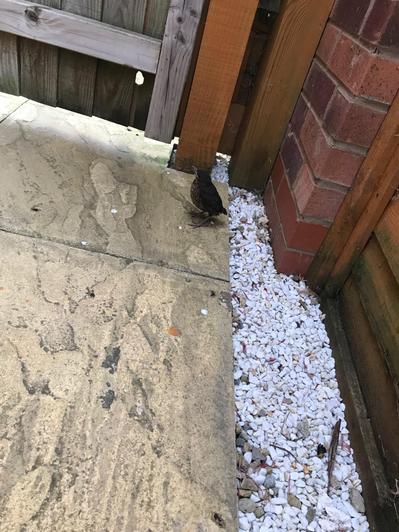 watching over and monitoring a birds nest which was created in the hedge outside the front of my house. The nest contained 4 baby chicks who had been there for around 3 weeks before flying the nest. After noticing the nest was empty, I was curious to know where the chicks had gone. Then, on Monday morning, I found one of them in my back garden! He was perched in the corner, very still and calm. I left it where it was as it is advised not to handle them. Throughout the day, the mother bird visited and delivered it some food (worms and other insects). Later that day, another baby chick appeared in my back garden! This one was moving around more and practising to fly. It was so wonderful to see the development of the baby chicks as they went from staying in the nest to exploring the outside world.

trying to cut my husband's hair!! Mr Luckhurst's hair grows very quickly and he was getting fed up of it so he bought some clippers from Amazon and asked me to cut his hair. I have never used clippers before and I was very nervous in case I made a mistake and shaved off huge chunks of hair. I was very careful and took quite a long time but I think I did a good job overall (apart from a patchy bit at the back which Mr Luckhurst can't see!). Now I just need to persuade my son to let me try with his hair - he currently looks like a scarecrow!

This week I have also been looking after my orchids. I love orchids and even though I'm not green fingered I really try to take care of them by spraying them, feeding them and watering them (sparingly). I don't think you can quite see on the photo but the orchid on the very end looks like a twig because it is dormant at the moment. Every few months after flowering orchids lose their flowers and look like they're dead, but they're not- they are just resting before they produce more beautiful flowers again. My current favourite is the speckled pink one in the grey pot. I bought it last year very cheaply as it was in abit of a sorry state and now it is full of flowers. 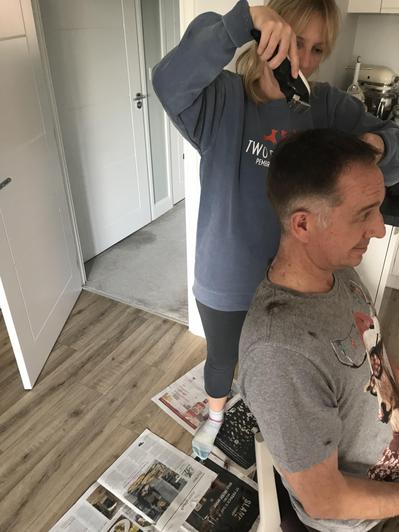 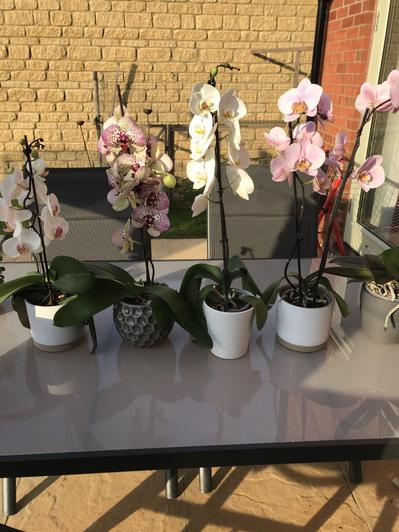