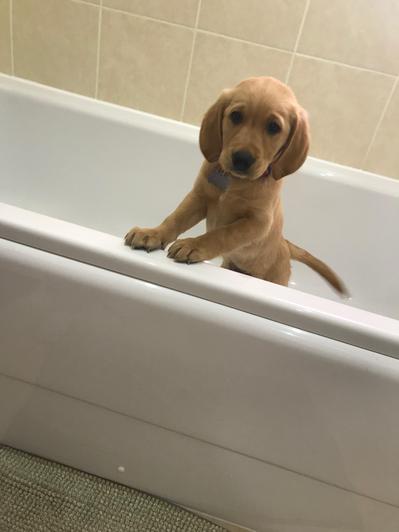 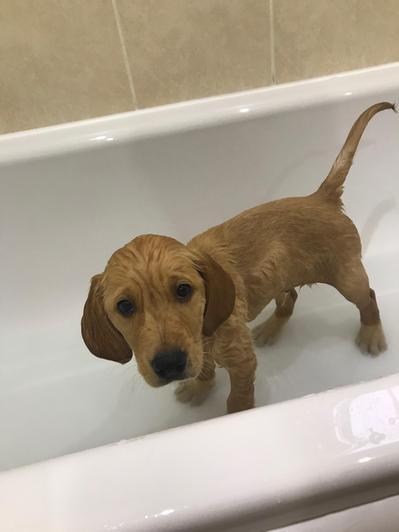 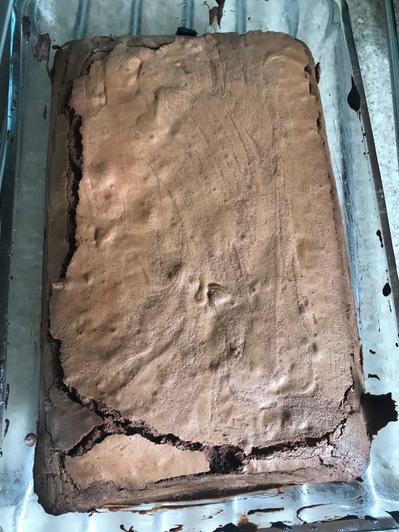 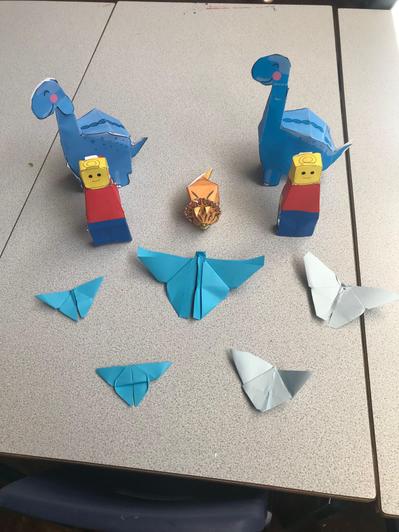 baking brownies! I added white chocolate into the middle of the brownies which made them so sweet and tasty. Here is the recipe I followed -

I have also given Reggie his first bath. As you can see from the pictures he wasn't too keen but he definitely needed it after lots of running around in the garden (and the flower beds)! After his bath, he did the usual shake that dogs do when they are wet and soaked the whole bathroom. I was not very impressed at first but his little puppy eyes soon put a big smile on my face.

On Tuesday, I was in school with Mrs Luckhurst and we had a go at Mrs Warren's art challenge with the children that were in. The theme for the challenge was 'fold' so as you can see we created origami butterflies, 3D Lego figures and different dinosaurs. It took a lot of patience and a lot of folding but the end result was worth it. 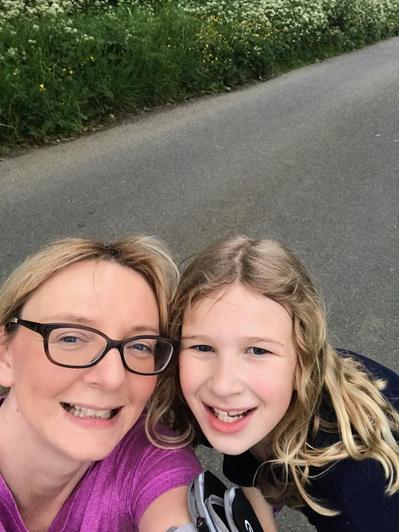 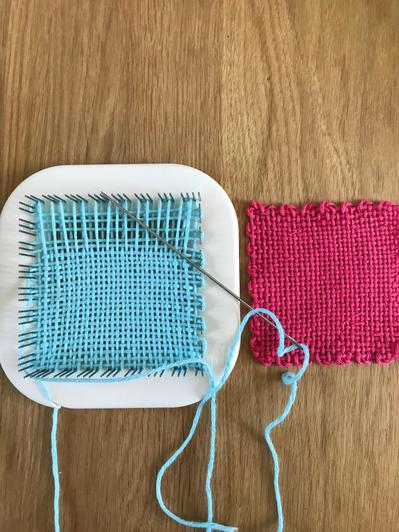 Weaving and running (well more of a slow jog really!) Heron class will know that before lock down I said I would try to learn a new skill and that skill was crocheting. I'd love to say that I'm now a fantastic crocheter - but I'm not! I really tried to persevere, but I kept getting myself into a bit of a muddle. My friend who is amazing at crochet says that she will give me some lessons when we are able to see each other again so I have put down my crochet needle for now.

I had a think about what to do with the wool I brought and remembered that I had a loom at home that I hadn't used (I’m terrible for buying new equipment to start hobbies and not actually starting them!) so I have started weaving. It takes me about 1 hour to weave a small square and I’m hoping to weave enough to make a rainbow blanket. Have you started a new hobby or practised a skill? I’d love to hear about it when we get back to school.

Heron class will also know that I wanted to re-start (for about the 6th time!) couch to 5K. I miss my Year 5 running buddies who encourage me to keep going on the Daily Mile so I have been dragging my own children along with me. I'm on week 5 of the program now and have reached the dizzy heights of running a whole 8 minutes without stopping! I'm very lucky that the village I live in is surrounded by beautiful countryside. The end of my road leads to a country lane which I run along. I run in the evenings and sometimes I spot foxes and rabbits. I'm in competition with Mr Luckhurst who runs first thing in the morning - he has spotted an owl and a deer.