Here are Toby and Izzy's competition entries for Best Book! 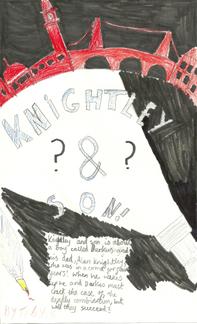 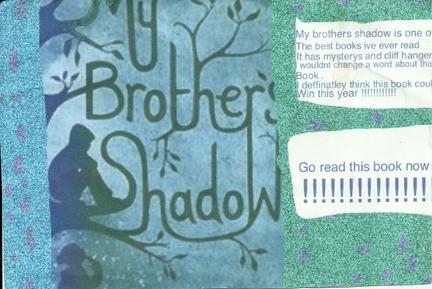 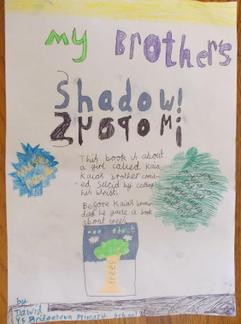 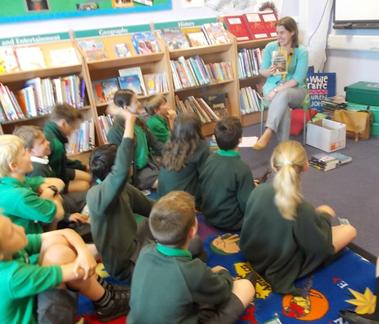 Hannah from SLS came to chat about the books.

‘Darkus Knightley is a perfectly ordinary thirteen year old, apart from the name, his brainpower, his fondness for tweed, and the top secret files hidden upstairs. But when a stranger from the Department of the Unexplained arrives with news of his father, ordinary is over for good…’

Who is Rohan Gavin?

Rohan Gavin is an author and screenwriter based in London, and as you can guess he is a huge fan of Sherlock Holmes! He loves of detective fiction and conspiracy theories inspired him to write the Knightley and Son series. Rohan is the son of award-winning children's author Jamila Gavin.

Find out more about Rohan and all of his books here:

Who is Tom Avery?

Tom Avery was born and raised in London in a very large, very loud family, descendants of the notorious pirate, Henry Avery. He trained as a teacher and has worked with children in inner city schools in London and Birmingham. In 2010, Tom's debut novel, Too Much Trouble, won the Diverse Voices Book Award. A Brother’s Shadow has been nominated and longlisted for the 2015 Carnegie awards.

Find out more about Tom and all of his books here:

‘Imagine you are the only survivor from another planet. You've spent ten years on a spaceship learning how to be human, and now the end of your journey is in sight . . . All you have to do is land safely, convince the earthlings that you're a real teenager, and start your new life on Earth. No problem. Except that the killer alien responsible for wiping out your people has hitched a lift. And it's just a matter of time before it starts on the human race . . .’

Who is Ali Sparkes?

Ali has had a wide variety of jobs, always having huge amounts of fun. She finally deciding that writing for children was the perfect job for her and has never looked back. You should definitely have a look at the other books that she has written.

Find out about Ali and all of her books here:

No Stone Unturned By Helen Watts

‘Kelly, a Traveller, is isolated and unhappy at her new school. Until the hot summer day when she meets Ben. Ben offers to help Kelly with her local history project….strange puzzles are revealed. The quarry’s dark secret is uncovered. Soon the mystery of the past is spilling into the present – and into Kelly’s own life. Kelly must bring the long-buried truth to light, and she will leave no stone unturned’

Who is Helen Watts?

Helen Watts has worked in publishing for many years and has recently started to write her own stories for children’s fiction. Including One Day in Oradour (12+) which was well received and won many local book awards and even a Carnegie nomination! She has also been co - writing

When she is not writing she spends time walking her two dogs, reading (of course!) and going to the cinema as often as she can. She loves walking in the Cotswolds and will play tennis when she is feeling energetic!

Find out about Helen and all of her books here: